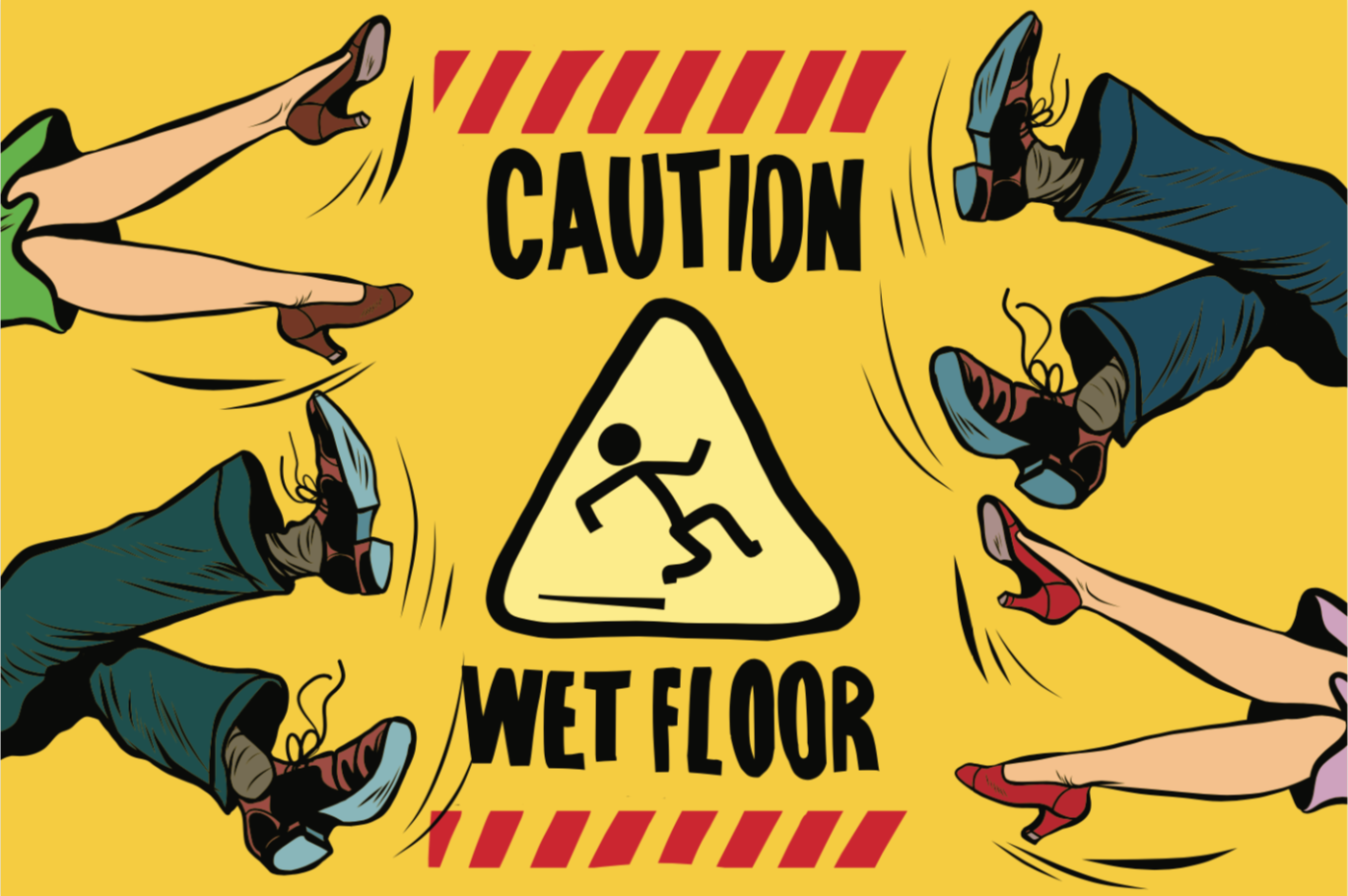 After representing numerous clients injured at different stores, there are common patterns that emerge. Most people are familiar with slip-and-fall situations where a customer falls while stepping on a slippery surface. However, another common scenario is a customer tripping over an unexpected object on the floor. Often, the object is placed on the floor by an employee of the business, consequently, making the business liable for the injuries caused by the object. This exact scenario has occurred in stores such as Wal-Mart, CVS, HEB, Sam’s Club, and other retail stores.

A slip and fall occur when a person slips on a liquid, piece of food, grease, etc., and then falls. There is insufficient friction between a person’s foot and the walking surface. An overwhelming majority of slips cause a person to fall backward.

A trip and fall occur when a person falls as a result of a loss of balance when the movement of a foot is interrupted. Most trips cause a person to fall forward. A change in elevation as small as a quarter of an inch can cause a person to trip.

A store is not automatically responsible for a customer’s injury just because the customer was injured on the store’s property. An injured customer must prove four things in order to hold the store responsible. First, there is a condition that posed an unreasonable risk of harm. Second, the store has actual or constructive knowledge of the dangerous condition. Constructive knowledge is the knowledge that the store is presumed to have under the law because the knowledge is obtainable by the exercise of reasonable care. Third, the store did not exercise reasonable care to reduce or eliminate the risk. Fourth, the store’s failure to use care caused the customer’s injury.

A common example of a dangerous condition is an empty pallet in a store aisle. An employee creates an unsafe condition if he leaves an empty pallet in a store aisle or at the end of an aisle. This can occur when an employee stocks a shelf and then leaves the empty pallet that he removed the merchandise from in the aisle unattended. Customers are not looking at the floor when they walk through stores. Retail stores purposely arrange merchandise to attract customers’ eyes to the shelves, not to the floor. Customers have been injured by tripping over empty pallets and other items in Texas stores such as CVS, Wal-Mart, Target, Home Depot, Sam’s Club, Costco, and Lowes.

An elderly woman living in Harris County was injured in a pharmacy when she tripped over a shelf that was only six inches tall. The retail store placed a low-level shelf at the end of the aisle with twenty-four packs of beverages on top. Throughout the day, customers purchased beverages and emptied the shelf. Employees walked past the end of the aisle and failed to restock the endcap shelf. Eventually, the shelf was empty. Later, the elderly woman walked down the aisle and when she reached the end of the aisle turned towards the empty shelf. She was looking straight ahead and did not see the ankle-height shelf next to her feet. She tripped over the shelf and fractured her shoulder. She underwent several surgeries to repair her injured shoulder.

What if You Are Injured in a Store?

If you are injured in a store, notify a store employee as soon as possible. The manager should fill out an incident report. Do not leave the store without notifying an employee of your fall and giving your contact information. In addition, someone should take pictures of the scene of the incident. Sometimes, the customer is too severely injured and not capable of taking pictures. It is not uncommon for the store to deny that the dangerous condition existed or that the customer was injured by the dangerous condition. The store will not leave the tripping hazard on the floor, so the scene of the injury will not look the same if the customer returns later.

If you have been injured in a trip and fall, you might be entitled to compensation for medical expenses, lost wages, pain and suffering, disfigurement, physical impairment, and mental anguish. If you have been injured seriously in a fall, contact The O’Hara Law Firm for a free consultation. Patrick O’Hara is a slip-and-fall attorney that handles cases all over Texas, including Houston. The O’Hara Law Firm represents clients on a contingency fee basis. Call us at 832-956-1138.